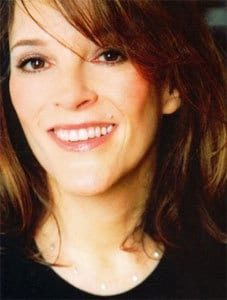 It would be easy to slip into hopelessness now, to resign ourselves to the idea that the concentrated assaults on everything from the planet to our democracy have succeeded to such a degree that it’s no longer possible to stop them.

We wrote that story, and now we can write another one. But we can only do that if we are willing to recognize that all of us, to some degree, have been co-creators of the one we have now, atone for our heartlessness to each other and our arrogance before our Creator, and get to work on cleaning up this mess and re-creating the world.

Hope is a moral imperative, and cynicism is just an excuse for not helping. We have no choice but to recreate our civilization.

I know many of us feel the urgency of this moment, the radicalism at the heart of what we’re being called to do. For it is not incremental, it is a-historic; jumping out of the timeline of what is to be expected, off the scale in the amount of light it calls forth as much as political and weather storms are off the scale in terms of darkness.

This new world cannot be forced, any more than it can be rationally calculated; it can only be invoked into expression by the deepest kind of reverance. Invocation is the priest and priestess’ task, and that is what all of us are being called to be right now.

When I was a little girl, I used to ask God what I was supposed to be when I grew up. I would always see the word “priest,” but I thought it was weird…obviously impossible, because Jews don’t have priests. Then I grew up to realize that indeed they did in the Old Testament, and even more importantly, that the priest is anyone who invokes into expression the unlimited possibilities that emerge from the field of ultimate Reality. All of us are recruits for the new priesthood, no matter what we do, needed to invoke into expression the unlimited possibilities inherent in the Mind of God. Yet they remain un-manifest until we have the courage to invoke them.

Like ancient priestesses at Delphi, let us summon all our powers of multi-dimensional knowing, emerge from the narrow and shallow casing of a mechanistic worldview, throw off the chains of a rationalistic approach to life, and remember we are co-creators of our future. We are not victims here; we’re merely reaping what we’ve sowed. And we can sow anew. We are here to create the good, the true, and the beautiful, and anything less than that is short of our purpose and our mission in this life.

From Marianne Williamson’s blog at www.marianne.com 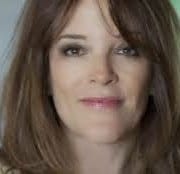 When Wisdom is the Source of our Power by Marianne Williamson

Pray and Meditate for the World by Marianne Williamson