DAVE STRINGER is a Grammy™-nominated record producer, singer and composer who has been profiled in publications worldwide as one of the most innovative artists of the new Kirtan movement. Stringer’s sound invokes the transcendent mysticism of traditional Indian instruments with the exuberant, groove-oriented sensibility of American gospel and the ringing harmonies of Appalachia. Initially trained as a visual artist, filmmaker and jazz musician, Stringer’s focus shifted significantly after video editing work brought him to an ashram in India in 1990. His work translates the venerable traditions of kirtan and yoga into inspiring and thoroughly modern participatory theatre, open to a multiplicity of interpretations, and accessible to all. Dave and his band have been touring tirelessly since 2000, playing concert halls and festivals all over the world.

“Sheila Nicholls’ most appealing attribute is her deep intelligence. She proceeds thoughtfully, questioning her motivations, mapping out her goals. Then she executes a perfect swan dive off a cliff, 100 feet into the waters of uncertainty. — The LA Weekly

“A spiritual granddaughter of Laura Nyro.” — The Advocate

“A cross between Liz Phair and Kate Bush” — The Guardian

Sheila Nicholls is an English singer, songwriter and social activist currently based in Los Angeles. Lyrically unique, she is propelled by a singularly magnetic voice that is alternately haunting and confronting. Her work is aimed squarely at questioning and upending hierarchies, probing the conundrums of consciousness, and finding connections between the personal, the political and the spiritual.

Sheila has released four critically acclaimed, and her songs have been featured in the films High Fidelity and Jackie & Ryan. Her most recent album, ‘All Of Nature’ for Essex Girl Records, was created in collaboration with Grammy nominated producer Dave Stringer, piano virtuoso Mitchel Forman and spiritual teacher Michael Bernard Beckwith. Her second album ‘Wake’ was produced by legendary producer Glen Ballard and for Hollywood Records. Sheila has toured extensively, charted in the top 10 in college radio and the Billboard top 40, and appeared on the Tonight show.

Kirtan is an ecstasy-inducing, call-and-response form of mantra chanting that is currently undergoing a worldwide renaissance. The primary musical feature of kirtan is the use of call and response, a figure that also deeply informs Western bluegrass, gospel music and jazz. The form is simple: a lead group calls out the melodies and the mantras. The crowd responds, clapping and dancing as the rhythms build and accelerate.

The intention of Kirtan is consciousness-transformative, directing the singers to vanish into the song as drops merge into the ocean. Sanskrit is the mother tongue of many modern languages, and a kind of periodic table of elemental sound meaning. The mantras are primarily recitations of names given to the divine. But perhaps the true understanding of the mantras can be found in the sense of unity, well-being and timelessness that they elicit. The mantras quiet the mind, and the music frees the heart. Ecstasy is both the process and the product.

The Bhaktis wrote ecstatic love poems, and went around singing all the time. Their message was simple: Cultivate joy. See the divine in one another. They taught Sanskrit mantras to common people using simple melodies, accompanied by handclaps and finger cymbals and drums. The Bhaktis had no use for orthodoxy. They saw the expression and form of the divine in every direction they looked. From this perspective, even music that cannot be characterized as traditional can still be expressive of the Bhaktis’ original intention.

Mantras are intended as a tool with which the spirit can release itself from the prison of attachments created in the mind. It’s not unfair to say that the chanting of mantras is intended to be a completely mindless activity, since the intention of chanting is to create an ecstatic state of awareness that is beyond mind. Yoga doesn’t ask us to believe, it asks us to practice, examining our experience until we can witness the truth in the book of our own heart. No one else can read it for us, or tell us what it means. Ultimately, whether mantras are ancient wisdom, complete nonsense or potent metaphor depends on the intention and experience of the one who sings them. 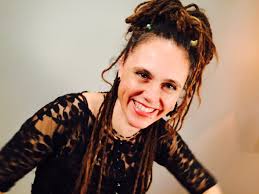