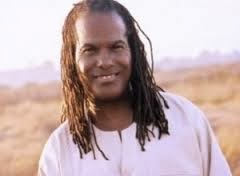 Bad News Gives us More Reasons to Make a Difference by Heidi Stevens of the Chicago Tribune:
“The news is a prayer request from our society,”Michael Beckwith, founder of Agape International Spiritual Center, told me last week.We were talking about gun violence, which has claimed more than 160 lives so far this year in Chicago.
Beckwith and his organization agitate for nonviolence. Agape has local outreach programs throughout the nation, including Chicago, that feed the homeless, provide community service, work with at-risk youth and counsel people in prison.
‘You Are Not Special’ calls on teens to put their privilege to good use I asked Beckwith, who’s coming to the Chicago area as a featured speaker at the Celebrate Your Life convention June 12 to 15, whether he looks at the headlines out of our city and feels, just for a moment, a little hopeless.
“Once you have your own spiritual authority, you don’t really look at the news for news,” he said. “You actually look at the news to see how you can make a difference in the planet.
lRelated Life & StyleCory’s Project channels grief into aid for cancer familiesSee all related8 “You read the newspaper and see the different issues — environmental degradation, violence, problems within our prison system, problems within our medical system,” he said. “And you think, ‘How can I serve? What’s my role? If something moves me emotionally, what’s my role in making the world a better place?’”
This strikes me as a particularly powerful week to put Beckwith’s approach to the test.
The shootings haven’t slowed down. A total of 960 people were shot here by May 31, according to the Chicago Police Department.
Meanwhile, we’re left trying to make sense of the abrupt, awful death of Aimee Coath, the Flossmoor woman who was struck by a CTA bus Tuesday.
Well of Mercy surrounds women and children with sense of home, hope We’re reading and sharing Sheryl Sandberg’s gorgeous tribute to her late husband, Dave click for more info.
We’re reconsidering Joe Biden’s two-week-old Yale University graduation speech, in light of the loss of his son, Beau.
cComments Got something to say? Start the conversation and be the first to comment. Add a comment 0 “It’s not all that difficult, folks, to be compassionate when you’ve been the beneficiary of compassion in your lowest moments,” Biden told the graduates. “Because when you know how much it meant to you, you know how much it mattered. It’s not hard to be compassionate.”
We’re witnessing the opposite of compassion, in presidential hopeful Ted Cruz’s decision to mock Biden at a stump speech Wednesday.
We’re talking endlessly about Caitlyn Jenner and what it means to finally own your truth. We’re seeing millions of people embrace the moment, even as others condemn her.
We’re watching the Duggars prove, without a shadow of a doubt, that their daughters are sacrificial lambs, slain at the altar of fame and false piety.
What do all these events have in common?
Apart from being the news — apart from being “a prayer request from our society” — they represent a mirror held up to humanity, reflecting back our culture’s progress, our prejudices, our priorities, our dumb luck at surviving another day.
I’ve always had an allergic reaction to the belief that everything happens for a reason. I’m not convinced that it does.
But I like the idea that we can be called to action by the circumstances that grieve us.
“Once we realize that we’re not powerless, then we can ask, ‘What is ours to do?’” Beckwith said. “Are we going to be apathetic? Lethargic? Resigned to negativity?”
What a shame, if so.
“It takes courage to think you can make a difference,” Beckwith said. “But the world has changed and grown because people have taken stands and said, ‘This has to change: Slavery has to end. Women have to be able to vote. We need child labor laws. We need consumer laws.’
“Everything started with someone saying, ‘This can be better.’ Someone who said, ‘I can dream a different dream.’”
hstevens@tribpub.com
Twitter @heidistevens13 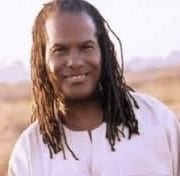 The Universality of the Life Visioning Process by Dr. Michael Bernard Beckwith 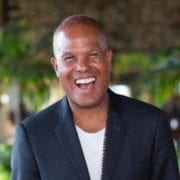 Try It On by Rev. Michael Bernard Beckwith 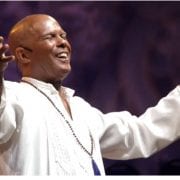 A Promise Etched in Forever by Michael Bernard Beckwith 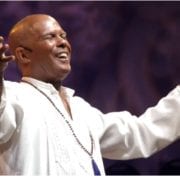 May Manifesting!
Scroll to top